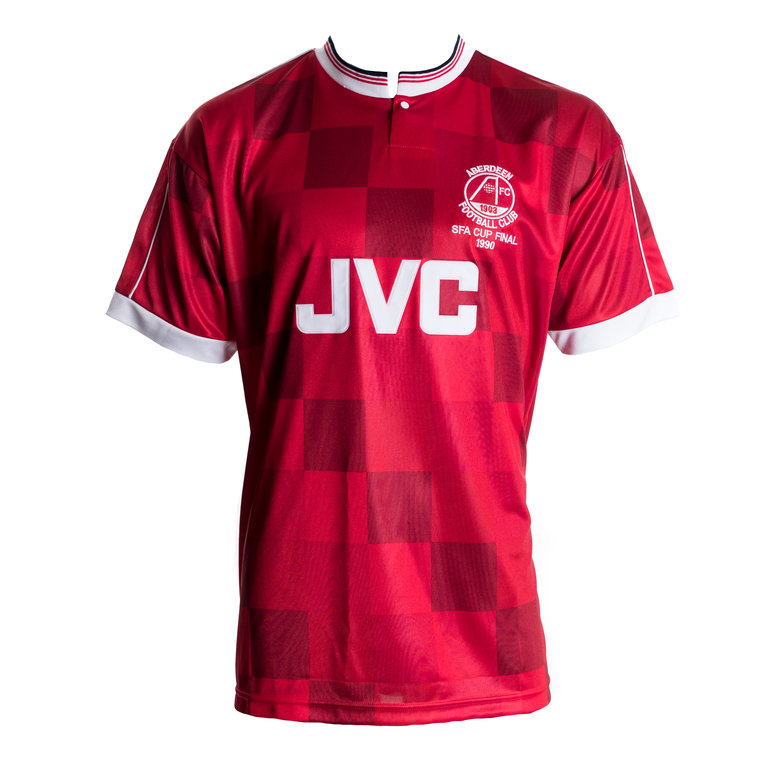 Sportswear manufacturer Umbro produced the Aberdeen FC kit over a ten year period from 1987 to 1997. The first strip proved to be the most popular and was worn from 1987 to 1990.

The red home top became synonymous with the two domestic cup victories under manager Alex Smith. In October 1989, Aberdeen defeated Rangers 2-1 (a.e.t.) to win the Skol League Cup and then, in May of that season, they beat Celtic 9-8 on penalties to lift the Scottish Cup.